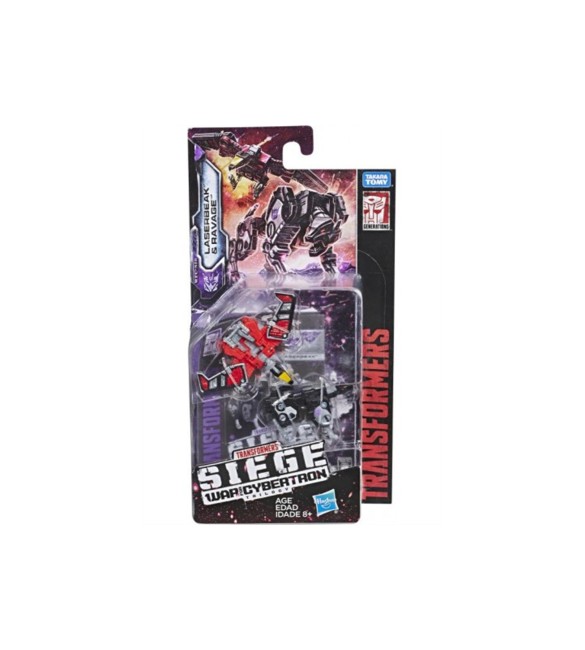 Siege plunges fans into the epic fight to survive on the final day of the Autobot and Decepticon battle to control Cybertron. The Decepticon resistance army and the Autobot counter-resistance fighters gear up with the universe's most advanced modular weaponry, including the weapon and armor modes of Micromaster figures -- sentient bots that become weapons!WFC-S18 Soundwave Spy Patrol figures Laserbeak and Ravage convert in 4 and 7 easy steps from beast modes to V1 Sonicsurge Drone Armor and V2 Sonicsurge Drone Armor modes. In armor mode, these toys can fit (separately) inside the chest of the WFC-S25 Soundwave (sold separately, subject to availability) or attach to figure’s shoulders as armor. Use the armor mode to equip other Siege figures (sold separately) with larger mission loadouts.

For ages 8 and up